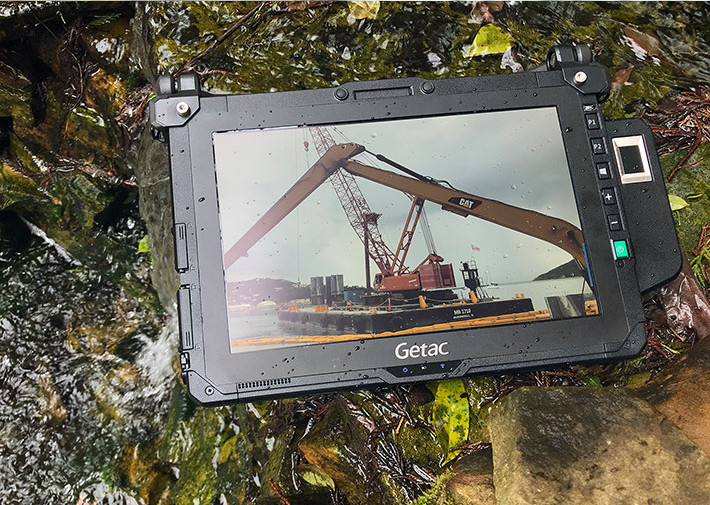 Versiya company announced the Getac UX10, a rugged 10-inch tablet designed to meet the challenges faced by emergency service and public safety personnel around the world, but suitable for numerous other demanding applications in utilities, field services, industrial manufacturing and more. Implemented as a "detachable laptop," the UX10 can be used either as a tablet or in conjunction with an optional value-added keyboard dock that allows use as a full-function laptop. The Getac UX10 further shines with an all quad-core 8th generation Intel Core processor lineup of available CPUs.

So what do you get with the Getac UX10?:

The UX10 comes with up to 16GB of fast DDR4 RAM and up to 1 terabyte of AES encrypted solid state storage. The specs do not say if the SSDs are SATA or PCIe based, something that would make a big difference in overall performance.

The UX10 display (which is of the IPS variety, as all recent Getacs) measures 10.1 inches diagonally and offers 1920 x 1200 pixel resolution, making for a sharp 224 pixels per inch. Its 1000 nits luminance is higher than the Panasonic Toughbook 20's 800 nits. There's, of course, 10-point capacitive multi-touch, a hard tip stylus, and an optional active digitizer.

Due to weight and space issues, battery capacity is always a tricky thing with tablets. Here, Getac didn't fall for the recent gimmick of offering devices with two tiny batteries just to be able to claim a very low starting weight with only one battery installed. Instead, the Getac UX10 comes with a nicely sized 46.6 watt-hour battery, and also offers an optional 99.8 watt-hour long-lasting battery. Hot-swapping is still possible with an optionally available bridge battery.

Given its intended deployments, the Getac UX10's emphasis is more on functionality and performance than minimum size and weight. The tablet/keyboard combo weighs about 4.6 pounds, the tablet alone 2.7 pounds. This is industrial-strength gear.

Sealing and protection of ports is of tantamount importance in rugged computers. Getac knows that and gave the UX10 elaborate sealed snap-click protective doors. They consist of an inner seal with a rubber lip around it, and an outer polycarbonate door that is then pushed down for a very secure, tight seal and fit. You have to be careful to get them snap into place the proper way, but once you get the hang of it, it's a good, reliable solution.

Like almost all tablets these days, the Getac UX10 has front and rear cameras. The front camera offers FHD (1920 x 1080 pixel) resolution and is for webcam use. Customers can also opt for a Windows Hello face authentication camera instead. If security is a concern, the front camera can be covered up with a manually operated slider — a low-tech solution that works.

The rear camera is for picture taking and documentation. It has an 8-megapixel imager, and the pictures we took came out in 4:3 aspect ratio 3,264 x 2,448 pixel resolution, exactly 8-megapixel. 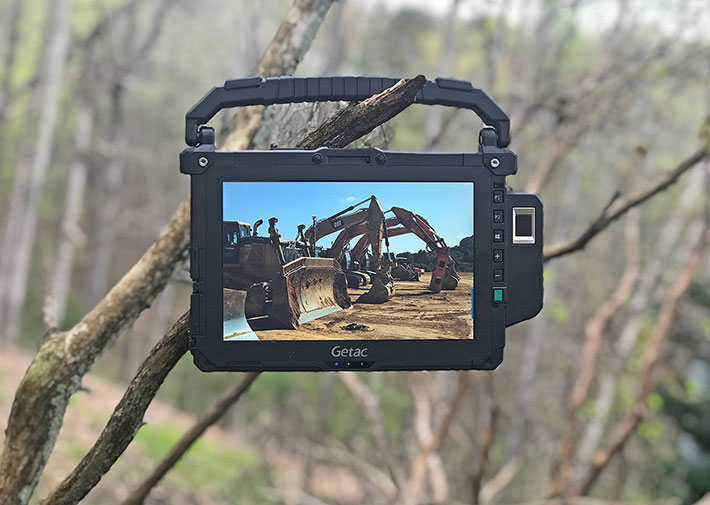 On the ruggedness side, the UX10 is considered fully rugged and designed to perform "flawlessly under extreme working environments where weather conditions and physical abuse are unavoidable." The machine can operate between -20° and 145° Fahrenheit (-29° to 63°C) (though, per manual, the recommended temperature range is between 32 and 131F). Sealing is at the IP65 standard, and the machine fills MIL-STD-810G (and presumably the new MIL-STD-810H) testing requirements for humidity, altitude, shock, drop, vibration and others, and there is optional compliance with MIL-STD-461G (electromagnetic interference). The pictures below show samples of the kind of ruggedness testing Getac performs on all of their computers.